Special Event: Ytterbium 70 is back !

Following my previous post about punk band Ytterbium 70 from Lausanne, its singer and leader CAM told me about a revival event for the band. On the 15th December 2012, Ytterbium 70 will release their first 33 RPM after 30 years of absence !
Indeed, CAM had kept some material supposed to be released at the time. In fact, the band planned to release a couple of albums, at least the had enough material to do so. But when plain-clothes policemen began prowling around the band, it discouraged most of the members to carry on, except the incorrigible CAM ! Nevertheless, no LP was released after their subversive 45 RPM in 1983.
Fortunately, times have changed and Ytterbium 70 is proud to release their first album; better late than never !

The album is ironically called "Le 21ème cycle - Recyclé 12-12-12". It is hard to translate but let's try: "Le 21ème cycle" means literally the 21st cycle but is a french wordplay close to "Le 21ème siècle" meaning the 21st century. Finally, "Recyclé" means literally recycled but is a patois vaudois (dialect in the canton of Vaud) pun : "cicler" (pronounce [sikle] or see-clay) being the verb for shout or yell or singing loud.
The LP is limited to 300 copies to make it as mythical as the original single !

Therefore, Ytterbium 70 cordially invites you Saturday 15th December 2012 at 6 pm in Prilly (Switzerland) for a great revival night ! You'll have the opportunity to buy their first LP for 25 CHF (about 27$ or 17£).
You can also buy directly a copy on their website ! Don't sleep, it's already rare !
The event will take place at the Caf'arts music café in Prilly (click here for Google Map).
A free concert will be led by the band Smile at 9:30 pm. Let's hope it won't mess with the Confederation this time ! 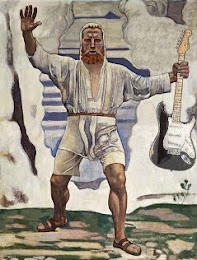